Studying in the Studium

Blackfriars Studium is the House of Studies of the Dominican Friars in Britain.

The Studium acts like a seminary for members of religious orders, and has prepared many men for ministry.

Dominican students from Britain and elsewhere are joined by members of other Catholic religious orders, such as the Franciscans, Oratorians and Benedictines. There are about twenty-five students currently training for the priesthood.

It offers a philosophical and theological formation which is both rooted in the riches of the Catholic Tradition and engaged with contemporary thought and concerns. 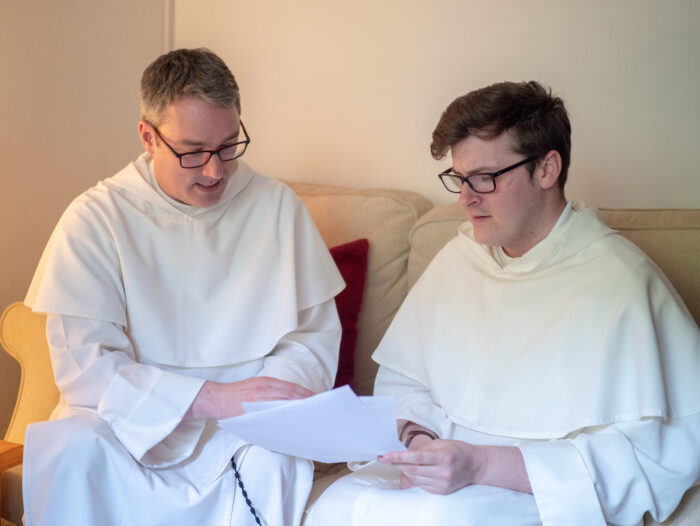 Students are taught by a combination of lectures, classes, and in one-to-one Oxbridge-style tutorials, for which they prepare a piece of work to be discussed with the tutor.

Lectures and classes, some of which are open to members of the public, (see below) take place in the priory or in the Blackfriars Annexe, both on St Giles in Oxford city centre. Our teaching draws especially on the Dominican intellectual tradition, especially the teaching of St Thomas Aquinas.

Students study philosophy and theology in the Catholic and Dominican tradition; those preparing for ordination to the Catholic priesthood can read for the STB (Baccalaureate in Sacred Theology) granted by the Pontifical University of St Thomas, Rome (the Angelicum), the Dominican Order’s University in Rome.  STB Students typically study philosophy and theology for six years: beginning with two years studying Philosophy as a prerequisite, students then embark on a three- to four-year course in Theology. Some candidates may be permitted to begin Theology immediately upon the provision of academic transcripts that detail their previous Philosophical training. 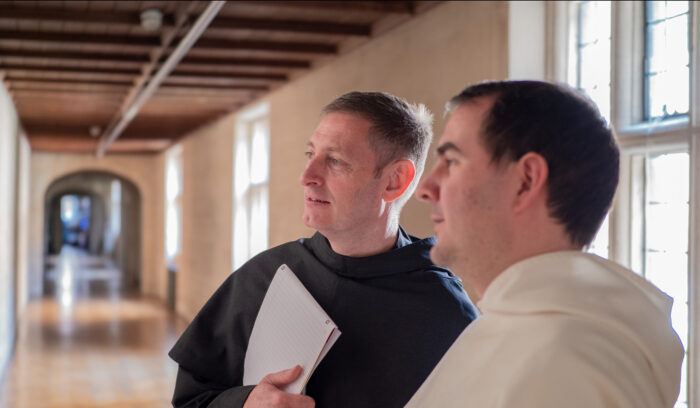 Day-to-day running of the Studium is undertaken by the Director of Studium Studies and the Studium Secretary. Governance is overseen by the Regent, the Vice-Regent, and the Secretary of Studies. They are known as the Moderators.

Our study of philosophy and theology has always had its home in a Dominican life of prayer and religious observance; Blackfriars Priory is a community of more than twenty Dominican friars living, praying, teaching and studying in the centre of Oxford. 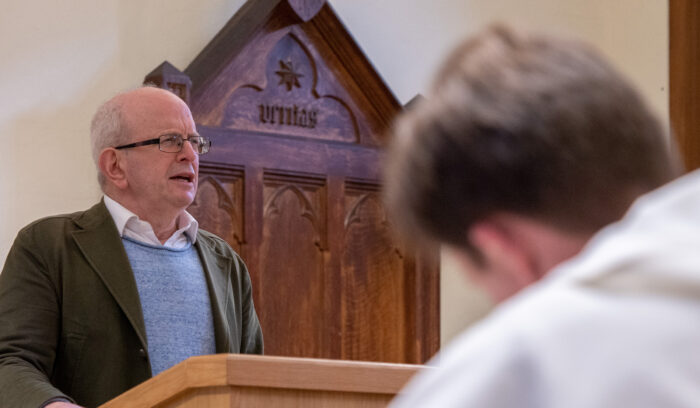 The English Dominicans began to move their Studium to the priory in Oxford in 1929, having returned to Oxford after an absence of nearly 400 years. After the Reformation, the friars studied in Rome and then Louvain, where a Studium was formally established in 1721 and lasted until the French Revolution. A new Studium was officially set up at Hawkesyard in Staffordshire in 1910, and later moved to Oxford.

It is also possible for lay men and women (aged 21 or above) to begin the Angelicum‘s STB programme by studying in the Blackfriars Studium and to conclude the programme with at least a year’s full-time study in Rome.

Members of the public may also apply to take part in (‘audit’) some Studium lectures and classes. Please send enquiries to the Hall Secretary.